A remarkably frank Institute of Medicine report commissioned by ONC, Health IT and Patient Safety: Building Safer Systems for Better Care, urges significant government intervention with regard to the safety of healthcare IT systems. It takes shots at both HIT vendors and HITECH incentives, saying in the preface,

Stories of patient injuries and deaths associated with health information technologies (health IT) frequently appear in the news, juxtaposed with stories of how health professionals are being provided monetary incentives to adopt the very products that may be causing harm.

On the committee were researchers, academics, and practicing physicians. Vendors were not represented, although John Glaser of Siemens was a reviewer. These are the most interesting points from my quick read of the report.

From Pachelbel: “Re: Vince’s article on Epic. Cache’ is not proprietary to Epic as it is owned by InterSystems. It can be an extremely fast database if implemented properly. Ask QuadraMed or any of the hundreds of other HIS vendors that use it. I suspect your gripe is with the way Cache’ was implemented. No database works well if the data structure or queries are malformed. Full disclosure: I’m a Cache programmer who has seen the good, bad, and plenty of ugly implementations of Cache’.” Cache’ is one of few technologies developed for healthcare that was adopted by the financial industry for mission-critical applications, with organizations such as Credit Suisse, Ameritrade, and a couple of stock exchanges using it.

From SouperDooper: “Re: Vince’s article on Epic. I agree with the points made about the Epic way, rookie staff, and high costs. But to say that GE and McKesson have equal functionality is beyond ridiculous.”

From Astrid: “Re: Vince’s article on Epic. This feels like ‘nobody ever got fired for buying IBM.’ I know a hospital where the VP had Epic where he came from and wanted Epic there, so it was a total rip-and-replace without a business analysis or needs analysis. I understand that a strict implementation keeps clients from shooting themselves in the foot, but that usually speaks to their lack of business sense, discipline, and management ability. Having an implementation guided by people without healthcare experience and knowledge seems to guarantee rework later.”

From Lorenzo’s Oil: “Re: Catholic Healthcare West. Hear they’ve scrapped their dual Cerner/Meditech strategy and are moving forward with Cerner system-wide after Meditech problems, with Cerner picking up about 20 sites once they’re done. I also heard Epic tried to jump into the fray, but CHW didn’t like the exorbitant price tag.” Unverified.

From Unbiased Consulting Firm: “Re: Epic. They clearly have a huge lead in implementations over the last 24 months, but the talent pool is not available to support those implementations, nor does the application support this market advance. Meditech, Cerner, and Allscripts … there is much to do with marketing and creating awareness. If you purchase Epic, you need to be able to support and implement it successfully. Each of these applications are market leaders – do not be taken by the media. Make your choice, but consider all the factors.” 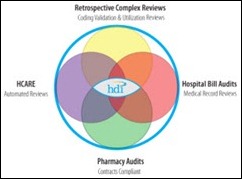 Days after the SEC releases new guidance on the matter, HCA revises its accounting for the recognition of income from HITECH incentive payments. Last week the SEC indicated that the “gain contingency” accounting model was the appropriate income recognition model for payments. Under this model, HCA will “recognize HITECH income when its hospitals have demonstrated MU and the cost report information for the full cost report year that will determine the final calculation of the HITECH payment that is available.” HCA expects to recognize HITECH income of $100 million to $130 million in Q4 and $190 million to $220 million for the full year.

IT service provider Systems Made Simple hires Viet Nguyen, MD as CMIO to advance technology initiatives to improve continuity of care and enhance patient safety. He was previously with KForce eGovernment Solutions and the VA Office of Information. 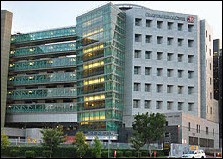 Rochester General Hospital (NY) and seven affiliated practices go live on Epic. They will spend $65 million over the next two years to convert the entire health system, which includes two hospitals and 40 practices. 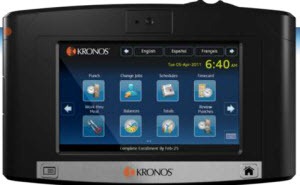 Kronos announces its InTouch time clock that features a color touch screen, gives employees access to their accrual balances and schedules, and supports off-peak use of apps such as employee surveys or streaming of informational videos.

Panasonic expands its Toughbook line of ruggedized laptops, popular in hospitals, to the Android-powered Toughpad, initially available in 2012 in a 10-inch form factor ($1,299) with a 7-inch version to follow.

Home health agencies, by the way, will see a 2.3% decline in Medicare payments next year under a newly released regulation. Opponents claim the cuts will leave half of Medicare home-health agencies operating in the red in 2012.

Community hospitals are progressing with their EMR implementations, with 69% saying they have acquired the technology and 39% of those reporting that their EHR project will cost over $8 million. The same report finds that almost all community hospitals have begun the conversion to ICD-10, though only a quarter are currently undergoing remediation. Forty-three percent of the hospitals say they are participating in HIEs.

The HIMSS EHR Association announces its support of iHealth Alliance’s EHRevent, an online system for reporting adverse events. It’s part of the PDR Network, whose CEO Edward Fotsch MD was interviewed on HIStalk a year ago.

Eighty-three percent of clinical informaticists participating in a Billian’s HealthDATA survey report an improvement in quality outcomes from using EMRs.

CMIOs, CNOs, and senior nursing executives believe their roles and responsibilities will continue to evolve as new technologies are developed, according to a research report by Capsule. CMIOs indicate their most basic job function is to bridge the gap between clinical needs and IT, while CNOs and senior nursing execs see their roles evolving to be more inclusive of departments outside of nursing.

Rival health systems HealthPartners and Allina Hospitals and Clinics (MN) claim their collaboration allowed them to shave $6 million in medical costs for patients across two counties. The organizations are participating in a seven-year “learning lab” that involves the pooling of resources, sharing of EMRs, and mining of insurance claims data for about 26,700 people with private insurance. 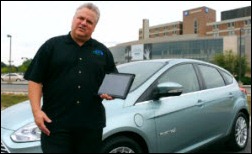 Kevin Lasser, CEO of JEMS Technology, compares Ford’s smart phone app for owners of the Focus Electric to his company’s own telemedicine app in My Ford Magazine, distributed to 4.7 million recipients.

I featured Aventura in one of my Innovation Showcases and at least two readers have told me they’ve gone to work for the company. CEO Howard Diamond writes a post for Boulder Startups urging entrepreneurs to jump into healthcare IT: “The software and other tools that are supposed to be building efficiencies, reducing errors, and building collaboration and trust across caregivers are actually having the opposite effect; they are creating barriers to efficient quality care.” I like the list of information sources he provides for those interested in the healthcare revolution: Clayton Christensen (the Harvard professor who wrote The Innovator’s Dilemma), Regina Herzlinger (the Harvard professor who wrote Who Killed Health Care?), HIMSS (which needs no introduction), and HIStalk (the non-Harvard, non-professor known mostly for goofy music recommendations and HIT rumor-mongering.) Howard’s just being nice since I profiled his company.

I bet the Harvard people have more time after their day jobs to pursue their side ventures than I do, though. Mrs. HIStalk keenly observed this weekend that “whatever it is you do upstairs all the time won’t get done when you kick the bucket.” That’s the extent of her knowledge about HIStalk.

I’m not an attorney, but this ruling by Colorado’s Supreme Court seems to uphold a previous verdict that a man suing Kaiser for malpractice can’t claim physician-patient privilege in denying Kaiser’s lawyers access to his electronic medical records. He had a heart attack while taking a treadmill stress test and is suing Kaiser and one of its doctors, but didn’t want the defense to be able to study his medical records. A footnote in the ruling sounds like a HealthConnect (Epic) commercial: “Kaiser’s integrated electronic medical record is instantaneously accessible by any and all Kaiser healthcare providers and is a hallmark of the services Kaiser provides.”

Next month’s mHealth Summit has added as keynote speakers Surgeon General Regina Benjamin MD and HHS Secretary Kathleen Sebelius. HIStalk (in the form of HIStalk Mobile) is a media partner, so our own Travis Good, MD will be providing daily reports. He’s outstanding at understanding and explaining the business of mHealth, so he’ll provide both health and business perspectives. It’s December 5-7 at the Gaylord National Resort and Convention Center in the DC area. Full registration is $525, or $195 for federal government employees. I had a pretty good time there last year and the venue looks much better than last time, although I’d miss the proximity to the National Mall and all the fun sites and restaurants nearby.