Allscripts adds four senior execs to its leadership team including Cliff Meltzer as EVP of solutions development, Steve Shute as EVP of sales, Jackie Studer as SVP and general counsel, and John Guevara as CIO. Meltzer is an Apple, Cisco, IBM, and CA Technologies veteran and replaces the now retired John Gomez. Long-time IBM-er Shute replaces Jeff Surges, the current CEO of Merge Healthcare. Studer (GE Healthcare) takes over for Kent Alexander, and Guevara (Microsoft, Intermec, Siemens) is Allscripts’ first CIO.  Allscripts also announced the department of COO Eileen McPartland, who is leaving to become CEO of a private company outside of the healthcare industry.

From Charlie Brown “Re: Worried. Hey Inga. No push e-mail this AM for HIStalk and no new postings since yesterday. Did HIStalk break?” Thanks for your concern, Chuck, but nothing is broken (well, nothing that I know about, anyway.) Alas, Mr. H didn’t set up anything in advance for posting Wednesday, so we went a rare mid-week day with no Readers’ Write or interview. Mr. H promised me he’d eventually return from vacation, so look for an in-box full of HIStalk blasts next week. 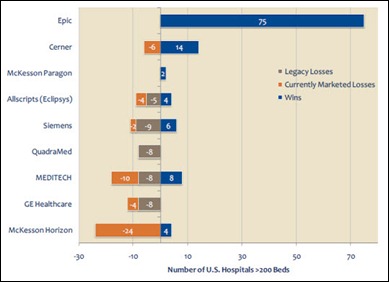 From Boozers “Re: 2010 market share. Wow. Look at how Epic is hurting McKesson.” This table from KLAS shows Epic won 75 deals last year in the 200+ bed hospital market and had no legacy losses. The next best performer was Cerner, with 14 wins and six legacy losses. At the bottom: McKesson Horizon with four wins and 24 legacy losses. Ouch.

From Court Jester “Re: From the floor at AMDIS. Lots of interesting discussions and speakers and talk around the evolution of technology adoption by physicians. The hottest topics center around  CPOE and clinical documentation and the need for good workflow and ease of use.” AMDIS’s 20th Annual Physician-Computer Connection Symposium is wrapping up Friday in Ojai, CA. I must admit that if I were Court Jester I would be hanging by the Ojai Resort’s gorgeous pool rather than in the back of one of a meeting room.

This week on HIStalk Practice: Dr. Gregg dialogs with Stupid Simple and S&M. Sermo intros Sermo Mobile and iConsult. A whopping 76% of physicians with smart devices utilize iPhones. Physicians increased their ability to generate registries after implementing EHRs. Telepsychiatry is not catching on as fast as other telemedicine services. If you sign up for the HIStalk Practice e-mail updates, the budget crisis might be resolved and the US women might crush Japan. With stakes like that, how can you not sign up? And thanks for reading. 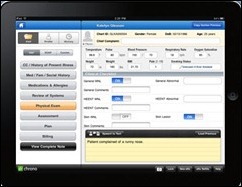 drchrono closes $675,000 in its first round of institutional financing. Investors include several VC firms, plus Gmail creator and FriendFeed cofounder Paul Buchheit and Google’s principal engineer Matt Cutts. drchono offers a free EHR for the iPad.

Progress Software appoints Philip M. Pead to its board of directors. Pead is the current chairman of the board for Allscripts and the former president and CEO of Eclipsys.

Dominick Bizzarro, the CEO of the Healthcare Information Xchange of New York, resigns to join InterSystems as business manager for the HealthShare HIE platform.

Cheboygan Memorial Hospital (MI) outsources its IT operations to Phoenix Health Systems, who will implement Meditech’s EHR and provide IT leadership and service desk support.

A bipartisan group of Congressmen introduces a bill that would amend the EHR incentive program to benefit multi-campus hospitals. The legislation would give each hospital campus the opportunity to earn Meaningful Use incentives.

The US Patent and Trademark Office awards Epic Systems a patent for “a system and method for providing decision support to appointment schedulers in the healthcare setting.”

Directors of the Kingsport, TN-based RHIO CareSpark vote to cease operations this fall, citing an unsuccessful effort “to transition from a grant and contract based nonprofit organization to a user subscription and revenue sustained entity.” CareSpark was formed in 2005 after receiving $600,000 in funding from the Foundation for eHealth Initiatives and local partners. 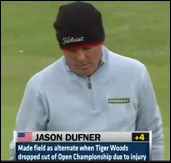 It’s been difficult to get back to the routine with me returning from the beach and Mr. H vacationing, but the lovely Inga has been doing a fantastic job holding down the HIStalk fort. Although I’m still somewhat achy from the gut-busting laughter that accompanied Dr. Gregg’s recent comments on the EHR selection process, I didn’t want to miss the opportunity to share some newsy tidbits and random thoughts.

HHS releases a proposal to revise HIPAA and harmonize it with HITECH provisions. The AMA states: “The proposed rule seemingly goes beyond what is required by laws and would pose significant burdens on physicians if finalized.” The comment period ends on August 1, so let your voice be heard.

The Sage Summit is being held this week at the Gaylord National Hotel and Convention Center in Washington DC. Partner Days are July 10-15 and Customer Days are July 12-15. I understand the Wednesday evening event was “Night at the Museum” at Smithsonian Air and Space. Anyone attending? Let us know what you are seeing and hearing.

A recent survey shows consumers have a higher opinion of facilities using the word “Hospital” as opposed to those who have gone to the ritzier-sounding “Medical Center.” Respondents felt Hospitals provided better care and were more cutting edge. What’s in a name? It reminds me of when a previous employer named their brand new facility the “Cancer Center of Excellence.” Not only was it just tacky, but as far as Centers of Excellence go, it was a new service line that hadn’t gone anywhere near proving itself through outcomes or peer recognition. Personally, I’d like to see a survey on “Information Technology” vs. “Information Services” vs. “Information Systems” departments. A rose by any other name…

For those of you who have been eagerly awaiting implementation of new DEA rules for e-prescribing controlled substances, you’ll probably have to wait on your medical marijuana scripts. The DEA has stated that cannabis “has no accepted medical use and should remain classified as a highly dangerous drug.” Advocates can now appeal to federal courts after a nine year delay. DEA Administrator Michele Leonhart states that “the known risks of marijuana use have not been shown to be outweighed by specific benefits in well-controlled trials that scientifically evaluate safety and efficacy.” How hard do you think it would be to enroll patients in THAT study?

Thanks to Mustang Sally, who sent an article on physicians who use Twitter anonymously. It has some interesting examples, but closes with a mention of the American Medical Association’s ethics policy on social media, which warns that “actions online and content posted… can undermine public trust in the medical profession.” I don’t agree with physicians griping about patients on Facebook or Twitter, but you can imagine that I do see a benefit in anonymity. The full text of the Policy, approved in 2010, can be found here.

Interesting piece from the Kaiser Family Foundation: “Why It’s Okay that EHR Adoption Will Fall Behind 2011 Goals.” The authors cite “cleaning house” as a cause, meaning “older, costly, and difficult-to-implement legacy EHRs will be replaced by less expensive, more agile systems that have been developed specifically for meaningful use and are deliverable in the cloud as Software-as-a-Service.” 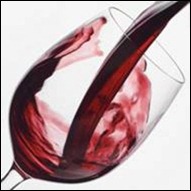 I’m off to sample my employer’s mandatory online training offerings, which apparently I must complete or I won’t get paid. After a week of fuzzy umbrella drinks, I’ve decided that Workplace Harassment, Personal Protective Equipment, and Privacy 101 go best with a nice Cab from Joseph Phelps. Have any other suggestions for excellent educational wine pairings? E-mail me.