The start of Stage 2 Meaningful Use will likely be pushed back a year, now that ONC head Farzad Mostashari, MD agrees the current timeline is too aggressive. Stage 2 requirements won’t be finalized for another year, so the growing consensus is that a January 1, 2013 start date would not give EPs, hospitals, and vendors adequate time to prepare.

From WildCat Well: “Re: Comcast. Considering offering an EMR system at no cost to physicians who subscribe to Comcast Metro Ethernet services. Physicians have their choice of six-plus EMR preferred providers.” Unverified, although readers have been suggesting that a deal of this type has been in the works for some time.

From Man in the White Suit: “Re: Shoe Beacon. You should really be more discrete about where you live.” There’s nothing better than good yard art to express one’s obsessions.

Check out the new HIStalk Resource Center. Our new reader-requested tool gives you an easy way to search for products and services in over 100 HIT-related categories. Fifty-two HIStalk sponsors have provided details of their offerings and quick links to request more information. To get there: (a) click on the link at the top of this page; (b) click the small banner below the Founder sponsor banners to your left; or (c) click the link on the Related Sites listing to your right. We will continually update the Resource Center, so check it out regularly and let us know what you think.

Ever find yourself wondering what the heck is going on in the ambulatory HIT world? If so, make sure you are a HIStalk Practice e-mail subscriber. Here are some highlights from this week’s posts: Rob Culbert offers tips for documenting operational and functional workflows to boost customer satisfaction and cash flows. MGMA reveals the top challenges for practice managers. NextGen parent company Quality Systems brings homes three Stevies. AHRQ offers a toolkit to analyze workflow before, during, and after and HIT implementation. Thanks for stopping by. 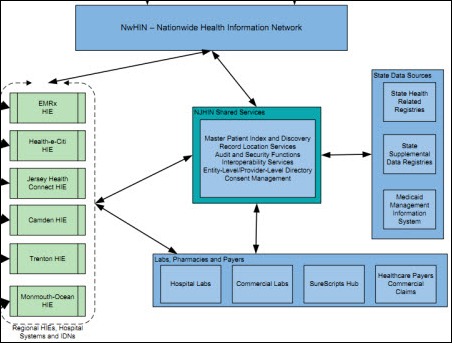 The State of New Jersey posts an RFI for the New Jersey Health Information Network, requesting “a single, complete solution” and suggestions of how it can sustain itself financially.

SmartBusiness profiles EnovateIT’s Fred Calero, who leads his company “by treating others as they would like to be treated.” He notes that many of EnovateIT’s employees started on the company’s assembly lines building medical carts.

UnitedHealth Group names Larry Renfro as CEO of its Optum business unit. He replaces Mike Mikan, who is leaving to run a private equity fund. Renfro was CEO of the company’s Ovations group.

Richard Noffsinger joins Aetna subsidiary ActiveHealth as president and CEO. He was previously with Anvita Health, Amicore, and Microsoft. He replaces Gregory Steinberg, who will head up clinical innovation for Aetna.

Bob Zollars, chairman and CEO of Vocera since 2007, is profiled in Smart Business of Northern California. He was previously with Wound Care Solutions, Neoforma, and Cardinal Health.

CareCore National announces that its TouchMED prior authorization application for physicians is available on the Cisco Cius tablet. You might expect that this announcement and product information would be available on the company’s Web site since they went to the trouble of issuing a press release, but you would be wrong.

Cerner’s uCern customer collaboration platform wins an award from Jive, the company whose technology powers it.

University Medical Center (NV) says it has $25 million to spend for system upgrades needed to qualify for HITECH money, but needs $60 million. Its county owners say they don’t plan to make up the shortfall. The hospital is negotiating with McKesson. 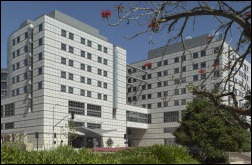 CMS says it won’t be ready to electronically receive quality outcome data for Meaningful Use in 2012 as originally planned. That means that in 2012, EPs and hospitals can report outcome data via attestation and data calculations, just like they’ve done for the 2011 payment year.

The president of the Ontario Medical Association says political party leaders should forget about the scandal-ridden and expensive eHealth Ontario and include electronic medical record programs in their platforms anyway.

A JAMA-published study finds that critical access hospitals lag other hospitals in survival rates for heart attack, heart failure, and pneumonia. The author suggests telemedicine as a possible solution.

A Florida doctor who came up with the idea for his iMobile Health Record in 2001 is finally getting it to market. Users key in their medical history and med and get a health score in return. It will sell for 99 cents. If it’s the guy I’m thinking, though, he is loaded with credentials: orthopedic surgeon, president of the hospital medical staff, CMIO for a clinical guidelines vendor, researcher, and entrepreneur. I was prepared to make fun of the idea, but he’s got enough credibility to keep me quiet.

A fired medical data technician sues University Medical Center (NV) for failing to accommodate her claustrophobia by forcing her to work in a cubicle. She has medical documentation backing her claustrophobia claims, so the hospital settled for $150,000.

Physician-run hospitals score 25% higher in quality measures than those where the CEO is a business school type, although the study can’t explain why other than perhaps physicians are truer to the core business of health.

KLAS reports that the number of live HIEs has more than doubled since last year, with private HIEs increasing more rapidly than public HIEs. The lack of traction of public HIEs is attributed to more complicated governance and concerns over long-term funding. Among HIE vendors, Medicity, RelayHealth, and Cerner ranked highest for private HIEs.

Weird News Andy is atwitter at this news, which he tags as “researching in 140 characters or fewer”: Hopkins researchers run two billion public tweets through software to extract those related to health, then analyze patterns related to allergies, flu, obesity, cancer, and other conditions. They believe tweets can help uncover public health information, but they recognize that users don’t get into much detail, they are usually younger and US-centric, and they probably won’t tweet about some health issues.

A federal appeals court upholds the 2009 conviction and 10-year prison sentence of former McKesson chairman Charlie McCall. His lawyers claimed he signed public filings and auditor letters without knowing that his acquired HBO & Company (McKesson paid $14 billion for it) was inflating revenue figures by improperly recognizing software revenue, but the appeals court ruled 3-0 that he knew exactly what was going on. MCK shares dropped almost by half the day the company announced its findings and still have not regained their pre-Charlie price more than 12 years later.

Somehow I missed this: Dennis Quaid keynoted at the 2009 HIMSS conference, talking about the heparin overdoses that nearly killed his newborn twins, but merged his Quaid Foundation with the non-profit Texas Medical Institute of Technology a year later. 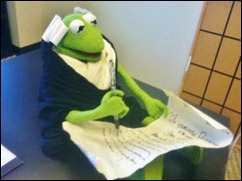 I received a lot of feedback about Monday’s Revolutionary-themed Curbside Consult, including some historical corrections and the hilarious photo of Colonial Kermit. HIStalk readers are the best!

I am an avid reader of HIStalk and am a great fan of yours. I just loved your July 4 article and I have been a Molly Pitcher fan for quite some time. So it is with trepidation that I have to say that I was also severely disappointed. The Declaration of Independence was approved by the Continental Congress on July 2, 1776 and read in public on July 4. The signing began a week or so later and was not fully completed until the end of the summer. In a letter to his wife, John Adams indicated he expected July 2 to become a national holiday as that was the meaningful date when the Continental Congress declared its independence from Great Britain. Thanks for HIStalk – we all just love it.

Duly noted. My reference used the word “adopted” to describe what the Continental Congress did on July 4. A handwritten draft was signed by John Hancock and Charles Thomson that day and was sent to be printed for distribution. As for the final product, the National Archives says that most signed on August 2, 1776. The Archives also notes that t “one of the most widely held misconceptions about the Declaration” is that everyone signed it on July 4, so I guess I’m not alone.

I’m glad to encounter another Molly Pitcher fan. I shamelessly admit that I dressed as her once for a patriotic event. Everyone thought I was Martha Washington, though. Maybe I should have put a cannonball wound in my skirt.

The first incidences of biological weapons as you describe in your recent Independence Day post that I have been able to find was back in the middle ages (mid-14th century) when plague victims were flung into walled cities via catapult by those who we besieging the settlement.

Andy always delivers and provided multiple links for my reading pleasure, which I will of course share. I remember this fact from World History and probably a Monty Python movie, but being in Colonial Mode must have suppressed it.

Several readers responded to my recipe solicitation. Here are a few submissions mixed with my personal favorites. And thanks to Janice – I took your advice,but instead of vodka/cranberry on ice with a blue umbrella (apparently my cocktail accessories are lacking),I threw in some blueberries.

No one seemed eager to share a potato salad recipe (what does the proportion of cocktail recipes to side dish recipes say about the average health IT reader, I wonder?) but one reader did share this link — and who doesn’t love a Web site called Killer Salad anyway?

Now, back to our regularly scheduled HIStalk feature …

It is the month of July, and the usual articles about avoiding medical mistakes and the perils of new interns starting rotations at academic medical centers (the “July Effect”) have started to show up. Prevention leads with  14 Worst Hospital Mistakes to Avoid, noting that most mistakes are medication-related.

MSN jumps right in with Don’t Get Surgery in July…, citing a 10% spike in fatalities in teaching hospitals during the month “confirmed by a new Journal of General Internal Medicine study,” but then saying the spike isn’t due to surgery anyway. It’s basically a hack of the Prevention article, so don’t bother going there. The article is actually from 2010 and the original source is available in PDF here.

Internship was bad enough when all you had to do was write your orders on paper, I can’t imagine walking in with CPOE on top of it. I’d love to interview a PGY-1 to get his/her impressions on healthcare IT but obviously can’t do it with one of my own housestaff. Anyone with friends just starting internship or are you a faculty member willing to serve up an intern? E-mail me.