From Bit Byter: “Re: Samsung Galaxy Tab. I’m interested in it.” The new $600 iPad tablet competitor (discounted by carriers selling data plans) runs on Android, has a 7-inch touchscreen (the iPad is 9.7”), two cameras, integrated GPS, Flash support, the cool Swype typing system, Wireless-N, Bluetooth, and seven-hour batteries. It’s too early to say (or buy, probably), but it looks like a reasonable alternative to the iPad for anyone who wants one (just like there are many smart phones better than the iPhone in some ways, but that most people don’t want because they aren’t iPhones).

From Train Wreck in Progress: “Re: CONNECT. ONC can shuffle paper, but they are screwing up real software and progress in treating the CONNECT team like unloved stepchildren despite multiple awards and demonstrated progress in connecting VA, DoD, and Kaiser. It’s a sad day when initiatives like CONNECT are not celebrated, embraced, and supported. Doug Fridsma’s framework was attacked at the HIT standards meetings as not practical, yet he marches on.” The top two CONNECT consultant managers quit as the program stalls while GAO investigates a complaint from Harris, the incumbent contractor, over a new contract awarded to CGI. The open source CONNECT platform, which won WSJ’s technology innovation award for HIT this year, was developed by a group of more than 20 federal agencies to support secure healthcare information exchange among providers, insurers, government, and consumers. ONC standards director Doug Fridsma says ONC wants to make it easier for providers to exchange information directly through NHIN Direct.

From Capiche: “Re: ONC clarification. Any thoughts on hospitals and practices being required to implement all Core and Menu items?” It’s a ONC FAQ that seems to mix vendor and provider requirements in a confusing way, but I’m interpreting it as being applicable only to providers with self-certified, homegrown EHRs. To do that requires implementing all of the Menu set items even though as providers, they could qualify for MU by using a vendor-certified EHR to meet only five of the 10 menu set items. But another interpretation is that all providers must meet all 10 Menu items even though CMS requires reporting only five. Click the above image to enlarge and let me know what you think it means. Or maybe someone from ONC can clarify their clarification since it’s a pretty big deal if that latter interpretation is correct.

Hospitals may lock down their internal e-mail systems with malware protection and tools to prevent PHI transmission, but docs can just go to their Web-based e-mail on those same PCs and do whatever they want, so say 80% of respondents to my poll. New poll to your right, rekindling an old argument — who should be calling themselves “informaticists”? As usual, click the Comments link in the poll to support your position.

Listening: reader-recommended Ry Cooder’s I, Flathead. I haven’t warmed up to all the music yet, but I like that he’s a non-conformist roots music songwriter who doesn’t really care what the masses think. This one’s a third of a three-part concept album series dealing with the Southern California culture in the first half of the 20th century. The alternative to auto-tuned, air-headed, ad-packaged Barbies and Kens singing about lust. And Watching – one more thing I hadn’t thought of that you can do on an iPod Touch: stream your Netflix movies over WiFi, which I did this morning in watching MST3K while brushing my teeth in the bathroom, just because I could.

A five-year study using trigger tools (instead of unreliable self-reported errors) finds that hospitals have made no progress in reducing incidents that cause patient harm. Nearly one in five hospitalized patients were harmed by the care they were given; nearly two-thirds of their injuries should have been prevented; and those injuries contributed to their deaths in 2.4% of the cases. The article concludes that preventing mistakes isn’t rocket science since every hospital knows that they should be doing. The problem is that they aren’t doing those things consistently: handwashing, medication reconciliation, decubitus prevention, etc.

A good article with the great title of The Doctor-Patient-Laptop Relationship looks at how doctors typing into computers changes the doctor-patient dynamic. A past president of the Connecticut State Medical Society says medical schools in her day taught doctors not to see patients from behind a desk since it served as a barrier, but they aren’t teaching today’s medical students ways to keep computers from becoming an equally disruptive barrier. It makes an excellent point: writing makes no sound and people can do it while they’re talking, while keyboarding makes noise and requires most people to look at the keyboard and monitor. I was thinking about that and I agree: when someone’s typing, I usually stop talking because they won’t hear what I say anyway.

Politicians get involved in the plans by two Canadian hospitals outsource IT to Cerner. They don’t like losing local jobs and they also don’t like the fact that Cerner sells de-identified patient data from this side of the border. Meanwhile, the IT department’s “whistleblower” who heard rumors of the discussions and quit in protest says the hospitals are making a mistake in turning over system knowledge to contractors who will have the hospital over a barrel. Anything related to HIT is a touchy subject in Ontario after audits last year found that eHealth Ontario was wildly overpaying no-bid consultants who were filing padded expense accounts, kicking off a political scandal in which heads rolled. The papers are making a big deal about the fact that IT staffers weren’t consulted in advance of the outsourcing discussions, which is ludicrous – in what world does management seek the input of those who would be negatively impacted by one of the two potential courses of action?

NEJM runs the case study of the Mass General surgeon who performed the wrong surgical procedure on a patient and went public afterward to help prevent errors elsewhere. The Swiss Cheese Effect was in full force, with several potentially minor problems adding up to one big one in which the surgeon performed a carpal tunnel release instead of a trigger-finger release. Contributing factors: (a) the patient did not speak English and the hospital had no interpreter available; (b) the surgeon did several hand cases the same day; (c) the nurse had not marked the planned incision site; (d) the OR suite was changed because other cases were behind; (e) the change in room also involved a changed in staff, including the nurse who did the pre-op assessment; (f) the change in rooms delayed the surgery, so the surgeon saw another patient while waiting; (g) the circulating nurse fell behind in her documentation to go find a missing supply item; (h) the patient’s site marking was washed off when the area was cleaned; (i) the surgeon spoke to the patient in her native Spanish, so the circulating nurse assumed that was the mandatory time-out and didn’t call for one; (j) the nursing team changed mid-procedure; (k) computer monitor placement in the OR forced the nurses to look away from the patient. The best takeaway came from another physician in the case review:

Surgeons need to take ownership of these policies. When the airline industry evaluates a crash, the pilot is not considered responsible except in two circumstances: the pilot was under the influence of drugs or alcohol, or the pilot did not follow protocol. All hospitals need to have a culture in which surgeons feel responsible for making sure the protocol is followed.

Another HIMMS sighting, as even trade show supply companies can’t spell it right.

Funny: Steve Wozniak, the goofball half of the founding team of Apple Steves, mistakenly says in an interview that Apple has acquired speech recognition vendor Nuance, sending that company’s stock on a tear. The Woz says he must have read something wrong.

A court rules that the Iranian government owes McKesson $44 million for illegally seizing its dairy there in the 1979 revolution. The company was Foremost-McKesson back then.

Here’s why you probably don’t want to buy penny stocks of companies more competent at selling shares than product. Shares in would-be HIT vendor Healthmed Services, which I mentioned last week along with pictures of its “headquarters”, go down just as quickly as they’d gone up when pumped earlier in the week. Share price was less than four cents on Monday, up to over 12 cents on Tuesday, now back to under four cents and dropping. Considering the company has zero revenue and prospects for earning any, even the current $7 million valuation is ridiculous. Penny stocks aren’t usually worth even a penny.

IT application coordinators and analysts working for Kaiser Foundation Hospitals get a $2.91 million settlement from Kaiser for being misclassified as salaried instead of hourly. The employees were part of the HealthConnect go-live team, which required uncompensated travel, overtime, and on-call support responsibilities.

In the UK, a hacker gets 18 months in prison for send spam-infected e-mails that allowed him to take control of the PCs of anyone who clicked a link. He bragged on being able to turn on the webcams of infected PCs and to browse their files without the knowledge of their owners. One of his targets was a hospital. About one in 250 of the spam recipients clicked the link. The man is a father of five, runs a computer security firm and did his hacking from his mother’s living room.

The South Asia president and CEO of GE Healthcare says the company’s “de-featured” (up to 40% less expensive) medical devices will improve healthcare efficiency, adding that “India will teach the world healthcare innovation.” GE’s healthcare business there is growing 25% a year and they’re planning to hit annual revenue of a billion dollars within five years.

Strange: a UK nurse who accidentally killed a premature baby by giving 50 ml of sodium chloride injection instead of the ordered 5 ml gets in more trouble when the dead baby’s parents find that she posted a Facebook picture of herself asleep beside the baby’s bed a week before the mistake. Afterward, she posted messages asking for friends to “wish her luck” in the inquiry, and when allowed to return to work after her suspension, posted a message saying, “Has had a fantastic day! Is goin 2 treat herself 2 bottle wine!” The hospitals says they knew about the posts.

The Australian government issues $55 million in grants for interoperability projects, or at least that’s what I assume the article is referring to with the term “personal e-health records.” The government is looking for vendor bidders, just in case you’re interested.

A patient sues Halifax Health (FL), claiming his ex-wife, a former hospital employee, provided information from his electronic records to a hearing officer in their divorce and child custody trial. The hospital had already fired her for accessing the records of another plaintiff, which one might assume is hubby’s new love interest.

Nuance will collaborate with Montage Healthcare Solutions to offer radiology users the ability to search their Powerscribe 360 reporting database using voice commands or keystrokes. They’re demoing at RSNA if you want to drop by for a peek. 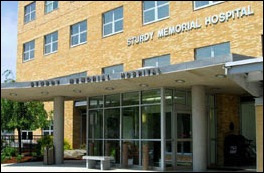 Surely we can agree this is excessive: the CEO of 128-bed Sturdy Memorial Hospital (MA) is paid $1.18 million per year. You know the excuses: they have to dig deep to prevent her from leaving, the not-for-profit hit its performance targets that enabled it to bank a big surplus, etc.