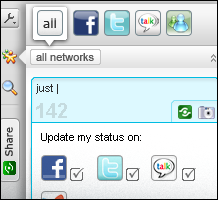 From The PACS Designer: “Re: Yoono. Yoono allows you to connect to all your social networks and instant messaging services in one place.” Guess all the good domain names were taken if Yoono was all that was left. I gave up on Twitter about five minutes after I tried it. Recruiters have run everyone off from LinkedIn. Facebook is pretty cool, but trending up on self-conscious constant users trying to impress their phony online friends with minimally clever observations. Still, Inga and I like it when someone Likes or Friends us on FB because we’re just as vain as everyone else when it comes to public displays of fake affection, the electronic version of the Hollywood air kiss.

From ExER: “Re: Betsy Hersher. It seems she’s back in the recruiting business. Her picture and references are gone from CES Partners and she’s working with former employee Bonnie Siegel on a search.”

From GladToBeLongGone: “Re: you won’t run this, but word is that Mr. Big Yahoo whose name sounds like his initials at a company being acquired is already looking for a new gig. This should be good news for all the sales people at Newco since the guy who should get the top job doesn’t have that incredible ego.” I expected that — the coattails he rode in on are long gone.

From Medsync: “Re: baby pool. Join the pool on the arrival of the Blumenthal twins, Meaningful use and Certification.” Someone set up an online “when will the baby be born” contest. Funny. The MU draft went out right before New Year’s, as I well know since I worked frantic hours summarizing it here, so maybe the final version will come out this holiday weekend and mess up another holiday for me.

I’m in solo mode again as Inga takes a bit of me-time. Here are a few quotes from her e-mails to me today to tide you over (feel free to guess the context): (a) “Seems to be a lot of interest in porn stars these days”; (b) citing readership increases since she came on board, “just saying … I’m sure your work contributed to that growth as well”; (c) with a forwarded press release of dubious value, “Hmmm …”; (d) when testing a change I had made in the HIStalk display on smart phones, “We have been re-mobilized.” She’s a bit terse from her iPhone, but always entertaining.

Listening: new from The New Pornographers, indie pop from Canada.

Back in March, I dug out a juicy nugget from an internal VA report: it was scrapping a $150 million patient scheduling system without ever bringing it live. The GAO weighs in with its official report (warning: PDF), pegging the cost at $127 million and saying “VA has not implemented any of the planned system’s capabilities and is essentially starting over.” The contractor that developed the system with “a large number of defects” walks away with $65 million. GAO finds much to criticize about the VA’s involvement: lack of competitive bidding, sloppy specs, unreliable status reports, and lack of action by project oversight groups when the project started tanking. They made the same massive mistake they made with BearingPoint in the also-failed, $472 million CoreFLS — they just gave the incumbent contractor more work orders against an existing maintenance contract instead of bidding it out. All of this started coming out a couple of years ago in various reports, which got a few VA bigwigs fired and some politicians fired up to hold VA accountable. The contractor is not conspicuously named in any of these documents, but it appears to have been Southwest Research Institute of San Antonio, a non-profit bringing in $564 million per year. It was founded, oddly enough, by an Texas oilman named whose last name was Slick.

A Compuware survey attempts to make a point about clinical system response time, but I’m not going to bother with the results because their methodology was terrible. They scrounged up 99 respondents to take their survey, all from social networking sites and with no apparent attempt to qualify the respondents by the system they use, their roles, etc. Given that the company is in the infrastructure business, you will not be shocked to learn that they conclude that clinicians taking Twitter surveys aren’t happy with response time. (note to self: develop a Twitter-based CPOE system and go public fast).

A Dr. HITECH contribution for Independence Day (please, can we avoid calling it the Fourth of July?) Ross Martin, MD, MHA re-imagines a National Anthem that’s easier to sing and allows variations (hopefully better than those godawful hack jobs done to the Star Spangled Banner by “Nashville recording artists” and diva-lites before NASCAR races). You can vote for Ross’s version.

A new KLAS report covers cardiovascular information systems. Its conclusion: they suck. Every vendor except Philips and Digisonics gets a lower client satisfaction score than last year, making the CVIS segment one of the worst. Those vendors: Agfa, Fujifilm, GE, HeartIT, Lumedx, McKesson, Merge, ScImage, Siemens, and Thinking Systems. KLAS says 30% of respondents are hoping to dump their vendors, concluding that they “fail to deliver on integration, functionality, and service expectations.”

I installed a new smartphone display format for HIStalk, HIStalk Mobile, and HIStalk Practice. If you’re a mobile user, it should be fast, sleek, and easy to read.

I liked HIT better before the politicians got involved and vice versa. Dr. Ron Kirkland, a self-styled conservative Republican running for Congress and former chair of the American Medical Group Association, bragged on AMGA’s political involvement in getting HITECH passed. Now that he’s running for office, he hates HITECH, saying the country is going bankrupt because of “the bailouts, the ridiculous stimulus plans, the outrageous farm subsidies to big corporations, and yes, even the small incentives for electronic medical records. We must end them now!” In the mean time, his 120-doctor clinic will lap up $4 million from the HITECH feed trough. A bang-up reporting job by Andis Robeznieks from Modern Healthcare. You can tell the real journalists like Andis from the posers: Google their subject and see how often (95% of the time, in my experience) they obviously just saw a press release, e-mailed a couple of people for vanilla quotes, and wrote it up cleverly like they sleuthed out real news.

Ed Marx always updates his CIO Unplugged posts with responses to reader comments, which he’s just done for his CPOE adoption one.

I’ve mentioned business analytics vendor Qlik Technologies a couple of times going back to February 2006. It’s doing an IPO valued at around $700 million.

Misys PLC CEO Mike Lawrie says that even though the company will cash in most of its Allscripts shares, it remains committed to Misys Open Source Solutions. It’s an odd press release: he made the quoted announcement at a company sales conference, not generally perceived as the best venue to deliver objective news.

IASIS Healthcare extends its plans for McKesson Horizon Clinicals, committing to physician documentation and CPOE in its 16 hospitals.

Australians won’t be able to review their medical records online for at least two years, the health minister says. 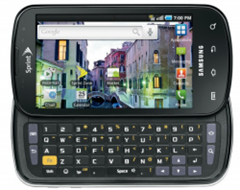 Samsung launches its Android-powered, 4G-capable Epic smart phone on Sprint, which I’m mentioning only because I’m sick of hearing about iPhones.

Conmed (seriously) gets a $9 million, five-year contract to provide services to the City of Roanoke, VA, including implementing an EMR for its jail.

The FBI is brought in to investigate a hacker’s demands for data ransom after claiming to have penetrated the Texas Cancer Registry. Seems suspicious: the firewalls are intact, only one message was sent, and no proof was provided. It sounds like it could be an employee trying to coax more budget money from the state with a false alarm, but I’m sure the Fibbies will figure it out.