From LouisvilleLouie: “Re: Healthland. Rumor has it that Francisco Partners, owner of Healthland, has parted ways with Healthland CEO James Burgess.” I’ve tried to verify this rumor with no luck so far. He’s supposedly moving to the board of T-System, another FP investment. I’ve heard that FP is gearing Healthland up for an IPO.

From WisconsinBiker: “Re: Aurora Health Care Milwaukee. The longtime Cerner Millennium user will be switching to Epic.” Unverified, but WB’s Rumor Report included an authentic-looking message from Aurora President and CEO Nick Turkal, MD explaining that they’ll transition over three years after determining that “Epic offers the best solution” based on performance, user friendliness, reliability, and support, not to mention all the other swell organizations that have already chosen it (and also not to mention that Epic’s in Wisconsin, it pretty much owns that market, Aurora’s competitors are using it for interoperability, and Aurora was already using Epic on the ambulatory side). If the message is legit (and I strongly suspect it is), Cerner might want to pull down its self-congratulatory Aurora case study.

Here’s a telling newspaper story and quote from Aurora CIO Phil Loftus from a year ago when Froedtert and other area hospitals started linking up via Epic’s Care Everywhere:

The problem, however, is that the hospital systems are not using the same electronic medical system manufacturers. While Froedtert has chosen Epic, other hospital systems have opted for other providers such as Cerner Corp., Kansas City. While competing companies using different computer software wouldn’t normally be an issue, it is an issue in the health care industry where patients can move between hospital systems. “It’s very important to find the tools that can connect the organizations,” said Philip Loftus, chief information officer and vice president of information systems for Aurora. “There is a big Epic population and we are going to have to figure out a way to integrate that with the Cerner population.” Loftus sees the importance of interoperability daily because while Aurora uses Cerner, Aurora Advanced Healthcare, a group of about 300 physicians that Aurora acquired last year, is on the Epic program. Loftus said Cerner has yet to develop a product like Care Everywhere. He is hoping Epic’s Care Elsewhere, which is not yet available, will eventually allow various software programs to connect, regardless of the manufacturer. “We are very committed to opening up our records to other hospital systems,” Loftus said.

In Australia, a newspaper speculates that the Premier of Victoria’s hospital press conference was moved because he was embarrassed about medical staff complaints involving the hospital’s Cerner EMR. Senior medical staff sent a letter Friday to executives at 330-bed The Alfred, claiming that “it will only be a matter of time before we see catastrophic and perhaps fatal outcomes.” Among their complaints: doctors can’t find available PCs, the system is slow, and record scanning isn’t being performed correctly (those are mostly not Cerner’s problems from what I can tell). The hospital says the complaints understate the benefits the Cerner system offers over paper records, but admits that outpatient appointments are being pushed further into the future as a result of the implementation. Clarification: this is not Victoria’s $314 million (USD) HealthSMART system that’s running years behind schedule and millions over budget, although it, too, runs Cerner.

Here’s a fun interview with Partners CIO John Glaser. An interesting point: he says Congress never expected a majority of hospitals and physicians to qualify under Meaningful Use and that it was intended to stimulate EMR uptake, but not cover the whole cost. He also predicts that “some states will screw it up” when it comes to HIEs and says that the biggest weakness of the government’s plan is not putting enough money into the Regional Extension Centers. The story of why he got expelled from his Jesuit high school is a big bonus. Definitely worth a read.

Free EMR vendor Practice Fusion claims its user count grew by 72% in the first half of this year, capturing 7% of the total ambulatory EMR market. I think I’d want to see more information on what constitutes a user versus a tire kicker, so maybe that will be forthcoming.

An IDC Health review of HIE vendors (warning: PDF) finds that Medicity earned the highest possible rating in nearly all of the criteria that involved market fit and likelihood of a positive customer experience. It also notes Medicity’s 700+ hospitals. It has been 18 months since Medicity acquired Novo Innovations, with 25% of Medicity’s customer base now running the full integrated HIE platform. It has also accounted for every sale so far in 2010. I just searched the KLAS database (the free part I can see) and for some reason they still have the Novo Grid as its own product, but it’s pretty much one company and one product as far as I know.

It looks like new HIMSS EVP John Hoyt will have a VP reporting to him, as HIMSS posts a VP of Healthcare Organizational Services job. It’s called a “concierge service so that it’s an easy decision for them [CIOs] to renew their organizational membership and to grow our influence with that community.” It also involves pitching HIMSS Analytics to CIOs to get them to do the survey and to “help sell CIOs on extended benchmarking engagements.” Basically, the job involves selling HIMSS stuff to CIOs, with sales experience mandatory. It’s a nice business model: hospitals pay for their executives to be HIMSS members, which also then makes them prospects for sales pitches from both HIMSS vendor members and HIMSS itself. That’s like a rube Florida tourist offering a free weekend stay and a Chili’s gift certificate to a timeshare salesperson. 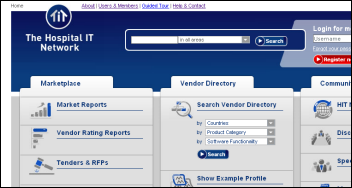 Don Berwick takes heat in his confirmation for CMS administrator because of comments on record in which he extolled the virtues of healthcare rationing and Britain’s NHS, about which he said, “… any healthcare funding plan that is just must redistribute wealth … please don’t put your faith in market forces.”

According to e-Health Insider, InterSystems will win the laboratory information system business in Wales, with its TrackCare product beating out Cerner and iSoft.

This is one of those times where I beg forgiveness in being way far behind and thus tardy in e-mail responses. I’ve been super busy, but I’ll catch up soon – promise.

Thomson Reuters chooses MedAssets’ Contract Manager program as the preferred contract management solution for its hospital client, replacing Thomson Reuters’ Ascent software, which will be discontinued at the end of 2012.

Another cool iPhone app in the works: Emerging Healthcare Solutions hopes to sell 1 million downloads of the e-911 app within its first year of release. The app automatically delivers medical information to first providers or physicians when 911 is dial from the patient’s iPhone. If you are an Emerging shareholder, you’ll be able to download the app for free (currently trading at a mere $1.02/share).

The US hospital market for claims management/EDI represents almost a billion dollars in new and replacement business, with $150 million in spending projected over the next 18-24 months. That according to a new CapSite Consulting study.

RelayHealth introduces a new claims and remittance management solution for hospitals and health systems. If you’re at HFMA in Vegas, you can stop by RelayHealth’s booth #437 and check out RelayFinancial Assurance Pro. 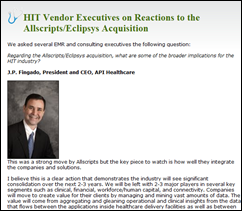 In case you missed it, we just posted our latest HIT Vendor Executive question. Check out what industry leaders how to say about the Allscripts/Eclipsys transaction and some of its broader implications for the HIT industry. You won’t see most of the news from HIStalk Practice repeated on HIStalk, so sign up for e-mail updates while you’re there.

CCHIT chair Karen M. Bell, MD says her organization will, not surprisingly, apply to be an ONC Authorized Testing and Certification Body (ONC-ATCB) now that ONCHIT refused its request to be grandfathered in. The Drummond Group doesn’t officially announce (again) that they are in, though their recent EHR Blog posts suggest they’re still committed. 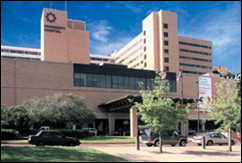 University Health System (TX) CIO Bill Phillips tells the local paper they’ve spent about $25 million rolling out an EHR over the last five years. The health system, which uses Eclipsys Sunrise on the inpatient side, has also automated its clinics and runs 99 real-time interfaces.

Heathcare systems and vendors were well represented in Computerworld’s 100 best places to work for IT professionals. A few that stood out in my mind:

Plastic surgery, anyone? An enterprising physician develops a new iPad application that includes hundreds of before-and-after photos by type of operation and details on the various procedures. Now that would be a cool thing to analyze over my next chick lunch.