The views and opinions expressed in this blog are mine personally, and are not necessarily representative of Texas Health Resources or its subsidiaries.

The Staff Retreat: Boon or Boondoggle?

The staff retreat. I love getting away with my staff or peers to kindle enthusiasm for the upcoming year. I thrive on the challenge of a ropes course and then reminiscing the near falls while feasting that night. Call me sentimental, but I get warm fuzzies singing Kumbaya. I’ll soak up the euphoria through to the end, and by the final night, the world seems good.

But then Monday hits.

Think about it. How many retreats have you attended about which you could later declare, “That was time and resource well invested”? If we evaluate the staff retreat ROI the same way we do personal investments, would we eliminate them? Do the qualitative intangibles carry sufficient weight to support the expense? Let’s be intellectually honest about this.

During my first two years at Texas Health Resources, I reorganized my staff, and then we got our strategy, tactics, and operations under control. After all the hard work, which paid off in great advancements, my team and I were ready to go deeper. This year, we opted for a new approach. What transpired during our two days alone was worth the time, money, and emotion. (You can see video of the retreat here.)

I asked our IT training leader to coordinate and facilitate our retreat. He spent six months participating in my direct report leadership meetings, observing and interviewing.

Thanks to his facilitation, the self-revelation and discovery proved transformational. After he led us to the point of openness and honesty, we called out every elephant in the room, banning any sacred cows. No unmentionables were allowed and no secrets, which was rough. 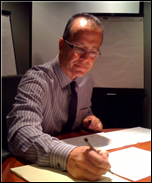 As we let it all hang out, emotions ranged from anger to peace. We cried and laughed — executive therapy unsurpassed and revolutionary. Gestalt. My team told me some tough things like ‘make more clear decisions’, ‘appreciate diversity of styles,’ ‘have more respect for those in operations,’ and ‘tone down expectations.’

I needed to hear this. When I came home, my wife corroborated each one.

Learning that we all struggled with similar issues helped us build trust and respect. To avoid slipping back into old patterns, we created new team operating principles. We redesigned our meeting structure and reworked our communications. And we agreed to have our facilitator regularly check up on us to ensure accountability and make refinements. We left exhausted, but balanced by hope.

When and why should you conduct a retreat? They say that a key differentiator between a good team and a great team is the quality of professional relationships connecting members. A retreat can help with this, especially as you first form a team, or when you feel the team’s effectiveness has plateaued. Every team has a dysfunction (or two) so you will never be short on content.

I’ve set out to do an annual retreat if for no other reason than to keep us from going backwards. A retreat, done right, can be the catalyst for pushing the team to the next level of effectiveness faster. If you focus on prescriptive methods that target specific areas for improvement, you can reengage on what is most important. Artfully creating a transparent atmosphere leads to discussing difficult issues and even to broaching the unmentionables. Ideally, you’ll find a cleansing of the souls, and people will focus on what’s important rather than personal agendas.

These are the keys to success within the leader’s control.

Situational Leadership
Understand the fine line between running the retreat and contributing as a participant. At certain times, I expanded on ideas and offered opinions and feedback. On other occasions, I sat back and observed, allowing the team to speak and interact freely. A pre-session discussion with the facilitator taught me when to contribute and when to back off so the participants wouldn’t shut down. To aid the process, he facilitated the meeting, soliciting responses and redirecting discussion.

High Tolerance for Ambiguity and Patience
in order to uncover and discuss the significant issues on a progressively deeper level, the facilitator follows a certain process. As CIO, I had to have faith in this process and patience for it to unfold in an appropriate manner. Occasionally, I wanted the retreat process to move faster especially during the initial topics. The participants, however, had to be brought to deeper levels systematically; otherwise, they would not be transparent enough in the latter part of the agenda. I had to exhibit positive behavioral attention and body language to demonstrate my approval of the process.

Humility
This was tough. I had to exhibit a willingness to draw out and hear feedback, both positive and critical. Success depended upon my authentic desire for improvement. This behavior cannot be forced. It’s either within the CIOs behavioral acuity or it’s not. If not, other objectives will need to be identified for the retreat to prevent further damage that can occur at the team level.

Transparency
A higher degree of transparency will bring a higher degree of retreat success. Although the CIO does not (and should not) become a completely "open book" during this session, the more sharing of his work, priorities, strategy, and thought processes, the better the outcome.

Trust
A CIO must exhibit a strong level of confidence in his direct reports and faith in their skills and abilities. Recognize their willingness to improve and keep in mind that all people learn and improve at different paces. And believe that the retreat process will make a difference if completed well.

Continuing Commitment to Growth
The CIO must understand and embrace the reality that improvement on an individual and team level is a continuing process. A retreat alone will not create a lasting behavioral change, so commit to on-going professional development.

Expectations Identified
Make your expectations clear. That is, the purpose of the retreat is to help move the team to the next level of performance (or whatever objectives the CIO has identified). Leave no doubt in the participants’ minds about what the retreat is to accomplish, how success will be measured, and what the subsequent steps will be.

Of course, in all these steps, success is equally dependent upon the skill and experience of the facilitator. The more experience the facilitator has, the higher the level of success. Michael Cholette served us brilliantly and was a key contributor to the content of this post.

Do you have what it takes? Got courage? You’ll need it if you want to see a revolution happen from the inside out at work. So step out of the box and try something new. Redefine your retreat. Boon times ahead!

The retreat was held specifically for my leadership cloud. Save for requisite HR stick-and-box org charts, we use more of a protean organizational structure that allows for greater flexibility and agility. In this case it was my CMIO, CTO, and leaders representing applications, value realization, and our hospital IT clouds. So to Dr. Stein’s point, we did have the only MD engaged that is in my cloud.

My strategy was to begin with my cloud first. If we could nail it and get results, we would extend outward. Early returns are strong. As pointed out, we are blessed with an IT training manager who was an executive coach prior to joining our organization. Remember, he spent six months (!) with us observing before we had the retreat. That familiarity and comfort was a key to success.

Ed Marx is senior vice president and CIO at Texas Health Resources in Dallas-Fort Worth, TX. Ed encourages your interaction through this blog. Add a comment by clicking the link at the bottom of this post. You can also connect with him directly through his profile pages on social networking sites LinkedIn and Facebook, and you can follow him via Twitter – User Name “marxists.”