From Pete Pistol: “Re: Dell/Perot. Looking at additional details on the conference call, ‘Chief Executive Michael Dell has suggested that the company may purchase another software company to beef up its offerings’. Care to speculate who that might be or what type of software they are likely to buy? I’m thinking an EMR vendor (based on another mention on that call), but not sure. They also mentioned becoming a Primary Source Vendor for the federal government and expanding services to outside of the US, which I thought was interesting.” It always makes me nervous when a company with one fading core competency, even one like Dell that was a hotbed of manufacturing and logistics innovation years ago, runs out of runway and suddenly decides to jump into something it knows nothing about without any apparent conviction, especially when patients are involved. I’m hoping it’s not an EMR vendor since the last thing we need is another big company like GE or Siemens dipping a corporate toe into healthcare just because it makes diversification sense. But, if it’s a healthcare software vendor they want, I’d suspect their partners might get a look just like Perot did (Allscripts, eClinicalWorks, AMICAS, etc.). So let’s help Michael Dell out … who should Dell buy? Tell me.

Another of those jumps into a non-core competency … Cerner’s announced acquisition of IMC HealthCare. I’m not sure I’d want a software company providing my healthcare services, any more than I’d want a healthcare provider selling software. I’d have to guess that Cerner picked it up cheap since it had only 23 health centers and was announced as having no impact on Cerner’s 2010 financials. The company says it has custom-developed software, so maybe that’s what Cerner wants. I’ve heard no rousing employee endorsements of Cerner’s health clinic, so maybe having Mr. Tick Tock managing your healthcare matters isn’t the height of employee compassion.

From Avid Reader: “Re: a summary of healthcare overhaul on a napkin.”

David Blumenthal sends an e-mail announcing availability of $60 million more of taxpayer money to “fund research focused on identifying technology solutions to address well-documented problems impeding broad adoption of health information technology,” whatever that means. He calls the program Strategic Health IT Advanced Research Projects, preferring the cute acronym of SHARP rather than the correct one of SHITARP (hey, they picked the name and decided to turn it into an acronym, not me).

Rodney Schutt resigns as CEO of troubled vendor Aspyra. COO Ademola Lawal will replace him. I don’t have a link, but someone sent over the 8K form. Going down in flames.

I’ve said more than once that click-and-dropdown EMR forms don’t provide the richness of information as an old-fashioned narrative, despite their appeal due to supposed ease of use and the capture of discrete data. A Nuance survey proves it. When presented with an HPI note for the same patient, one dictated in Dragon Medical and the other from a completed EMR point-and-click template, 97% of doctors said the former would be more useful in their treatment of the patient. All the press people must be taking Christmas off early since I got all these announcements that aren’t on the Web yet.

National eHealth Collaborative announces Laura Adams of the Rhode Island Quality Institute as board chair; Simon Cohn, MD of Kaiser as vice chair; and Thomas Fritz of Inland Northwest Health Services as treasurer. I haven’t seen the press release posted yet. The organization is still looking for board members, with nominations due by Christmas day.

I think the above results say all that needs to be said about my last poll. A new one to your right (or to your lower left if your screen resolution is set low): should a provider implementing an EMR care about general studies that attempt to generalize success rates?

It’s a Weird News Andy twofer: he notices that Intermountain Healthcare has resumed its employee 401K contributions, but then also finds that it’s facing a class action lawsuit for claimed overcharging of patients.

Astronaut, LLC announces the beta of VistA Shuttle, a Amazon cloud-based version of either WorldVistA or OpenVista. 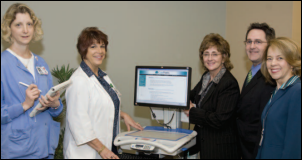 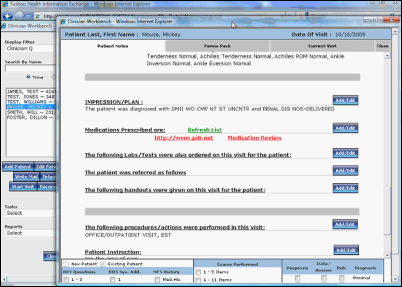 Saskatchewan’s electronic health record could be finished for all residents within four years for an additional $365 million beyond the $235 million already spent with another $60 million a year in operating costs. The problem is they may not have the money due to “nose-diving potash prices.”

I plan to write HIStalk at least some of the time over the holidays, if for no other reason than because almost nobody else does that (pros and amateurs alike). It’s a good time to write a guest article or tell me something interesting since hard news may be in short supply (but you never know).