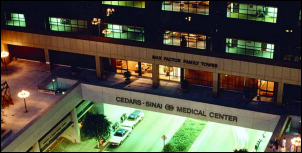 From Xper: “Re: Cedars Sinai. The ED is live, including the docs — yes, CPOE at Cedars! — seems like anything really is possible. Nurses are live on the system now and so is registration and billing. They appear to have more food and PR junk than support calls, probably a good thing. Many Epic folks are on site to make sure this goes well, but it’s kind of cool to see all the leaders here during the 40 hour go-live and sitting in the actual command center. One of the better projects I’ve seen as a consultant.”

From Kate Spayed: “Re: Windows 7. Anyone know which EHRs are compatible?”

From Dick Scrushy: “Re: Mark Leavitt of CCHIT. You should interview him.” I asked this week. He said no.

From Industry Watcher: “Re: Cerner. More bad news for Cerner in the US. Saint Peter’s University Hospital in NJ has decided to replace all Cerner Millenium clinicals for two primary reasons: (a) Cerner continually presented work orders for work outside scope and, (b) physicians were starting to admit elsewhere because of issues with Cerner CPOE. McKesson’s Horizon was selected as the vendor to replace Cerner. By my count, that means Cerner has been replace seven times in the last 18 months.” Unverified.

From The PACS Designer: “Re: FDA and iPhone apps. Back in February of this year, there was some discussion about the FDA’s role when it comes to using an iPhone for a clinical procedure. Now that the interest in iPhone apps for healthcare is gaining momentum, it would be a good time for comments to be sent to the FDA on if or how the iPhone apps issue should be handled. It’s hoped that the FDA won’t slow iPhone innovation and only regulate iPhone apps that are part of a system design submission seeking FDA approval.”

From Former Colleague: “Re: death of Frank Canestrari. He passed away suddenly on Sunday, November 15th at his home. He was the president of Newbold/Addressograph Corporation. Frank led the organization for the past two decades.” The online guest book is here and services will be at noon Thursday in Roanoke.

Keane announces that 13-facility Ernest Health has extended its agreement and will be installing Optimum Patcom at all sites current and planned. University Physician Healthcare (AZ) will also install several Optimum modules, including Patcom, HIM, scheduling, and document management.

The National Library of Medicine releases a draft of a crosswalk between SNOMED CT and ICD-9-CM, inviting users to give it a try and let them know how it goes. The intention is to automate much of the work required to turn clinical terminology into billing information. It was developed by SNOMED Terminology Solutions.

Intellect Resources is running a series of interviews it’s doing called IR Beat, kind of a radio show for HIT. The latest one’s on cloud computing and the one before is about Epic certification.

Dee Cantrell, CIO of Emory Healthcare (GA), is named CIO of the Year by the Georgia CIO Leadership Association. 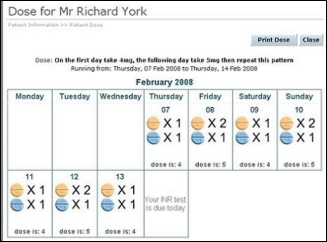 A hematologist and his programmer son, both from New Zealand, are named finalists in a healthcare software contest for their warfarin monitoring system for patients at home. Their blood thinner system works like a glucometer, with patients testing a drop of blood in an INR electronic reader and then receiving electronic advice (along with their doctor) of dosing changes needed. I think there are already warfarin point-of-care test kits for home use, but the software is darned cool.

The London newspaper says Summary Care Records will be uploaded to the NHS spine by the end of next year, also warning that everybody’s records will be available except those who specifically opt out. The timing of that announcement wasn’t so great since NHS Hull announced a data breach by a former employee the same day. 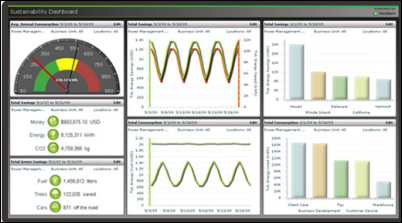 UPMC will manage 30,000 PCs with Verdiem Surveyor, a centralized system that enforces and monitors PC power policies without disrupting users. UPMC says it will reduce PC power consumption by half and save $1 million per year.

Medversant may be crass in using the Fort Hood shootings in its PR pitch, but it still has an interesting idea — continuous credentialing, where provider licenses are constantly checked against OIG and DEA records, but also against general Web information such as social networking sites, articles, and blogs. Also interesting: its recent study found that 1.9% of practicing medical professionals did not have a license and 18.7% had expired or falsified credentials or malpractice judgments.

A new study by the Harvard School of Public Health finds that the use of EMRs has not had any effect on healthcare cost or quality. I’m sure some HIT critics will point to the study as proof that we should stop spending billions on EMRs. I personally side with Masspro’s Dr. Karen Bell, who believes the findings highlight the need to focus on helping physicians, hospitals, and the public health system use technology more effectively.

The National Institutes of Health’s Fogarty International Center grants Indiana University and the Regenstrief Institute a $1.3 million award to establish the East African Center of Excellence in Health Informatics. The center will focus on increasing the capacity of EHRs in the region and teaching East Africans to use electronic tools to solve healthcare problems. The center’s director claims that Kenyan clinics using EMRs are able to serve two to four times more patients than those using paper records.

GetWellNetwork appoints Michele Perry COO, tasked with helping to “lead the company to a new level of growth.” She was previously involved in three IPOs, so perhaps that’s the “next level” the company has in mind.

A new KLAS report takes a look at Allscripts a year after its merger with Misys. KLAS surveyed 200 Allscripts clients and found declining customer satisfaction in several key areas. However, Allscripts remains the “most-considered” vendor in outpatient EMR purchases (which sounds about one step better than always being the bridesmaid, never the bride). The release of v.11 created challenges, though clients on versions 11.1.5 or higher are seeing positive results. About 85% of Misys EMR users who plan to replace their EMR say they’’ll go with Allscripts Professional EHR, which is being offered at a relatively low migration price. 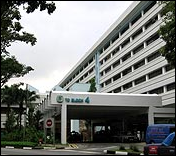 Using reporting tools from EDIMS, 22 New York and New Jersey area hospitals are providing their state health departments daily H1N1 influenza data. Details include the number of patients by county with flu-like symptoms and a breakdown of those with respiratory and/or GI symptoms.

Over half a million users are now live on Sentillion’s single sign-on and context management solutions.

Computerworld releases its annual salary survey of IT professionals. Not surprisingly, the economy has had an impact. Salaries were flat and bonuses and benefits were reduced or eliminated. Nonetheless, IT folks remain satisfied with their career choice, though they may be feeling stress over job security. If you are a CIO, you’ll likely find the best-paying jobs in the mid-Atlantic, with compensation averaging $172,000 a year.

DigitalPersona says its biometric fingerprint reader, which is incorporated into the Picis ED PulseCheck product, is being used by 150 hospitals.