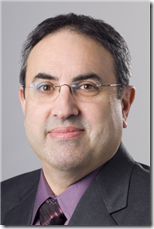 The Certification Commission for Health Information Technology announced today that its chair, Mark Leavitt, MD, PhD, will retire from the organization in March. A search firm has been engaged to recruit his replacement.

Steve Lieber, HIMSS president and CEO and chair of the CCHIT Board of Trustees, said the board “accepts Mark’s decision with reluctance” and says the search for his successor will be “open and transparent.”