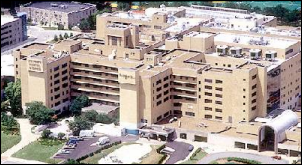 From Defiant One: “Re: University of Missouri. Don’t know if you had heard, but the CIO position there was also outsourced to Cerner. That’s a really bonehead move considering the amazing progress they have made since a Hunter turnaround in 2003. They won the CHIME collaboration award and now give away the position to Cerner.” Inga is trying to connect with MU, which is what they call themselves for some reason (odd: UM calls itself MU just like University of Kansas Medical Center calls itself KU Medical Center – are dyslexics running the Midwest?)

From Lou Mannheim: “Re: athenahealth. Maybe it got lost this week with their buy of Anodyne, but did anyone else find it interesting that athenahealth is now working with IBM for their BPO? Vague filing and no press release. Anyone know what they are doing together? Interesting given the Dell/Perot deal.” SEC filings indicate that athenahealth signed a five-year deal on October 2 to have IBM provide business services from India and the Philippines. Some of athena’s claims work was being done offshore, so I suspect this is routine.

From Ex-Cerner Guy: “Re: Bellevue lawsuit award. Ellis Hospital was more or less forced by NY State to take Bellevue over, so it should be interesting to see if NY State has written some sort of indemnification or protection into the merger agreement.” This relates to the $43 million jury award I mentioned last time in which the since-acquired 40-bed Bellevue Hospital was sued for mishandling the resuscitation during a baby’s birth in 1984. The 24-year-old woman, who has since graduated from college but uses a wheelchair, was awarded $20 million to pay home health aides, $15 million for future pain and suffering, $6 million for past pain and suffering, and $2 million for medical expenses and loss of earnings. So in a single judgment, a 40-bed hospital is on the hook for $43 million for a patient who didn’t even die (it would have been far cheaper if she had, apparently). How do you manage healthcare costs and not address cases like this? If the patient had the same injuries but wasn’t awarded the money, where would she have come up with the supposedly needed $20 million? This is another form of cost-shifting: hospitals insure themselves at great expense against awards like these, thus sticking everyone with the tab and giving insurance companies nice profits.

From Lou DiPisquale: “Re: EMRs. I have a friend looking for some suggestions for a home health/parish nursing EMR that is fairly inexpensive (her work is grant funded). Do you know of any basic EMRs that would be a good fit?” I’m calling in a lifeline since I’m a hospital guy and the home health EMRs we used were not inexpensive. Anyone have suggestions?

Cerner shares continue their tear, closing Friday at $84.41. The three-month graph above compares CERN (blue) to the Dow (red). If shares hit $89.70, Neal Patterson’s holdings will be worth a cool half a billion dollars.

HIMSS is looking for a Director of Government Services whose responsibilities will include “managing the Government Relations growing book of business for government services contracts” and “Develop programs and initiatives related to recruitment and retention of commercial organizations involved in the Payer and/or Life Sciences aspects of healthcare.” Wonder what that’s all about?

I was hoping for better news from my poll that asked how the employers of readers are doing economically compared to six months ago. Their situation is better, say 49%, while 31% say it’s worse and 20% say things haven’t changed. I suppose that’s not terrible, given that only a third are worse off now than before. Now here’s a fun new poll to your right: does your primary care doctor use an EMR and is that important to you?

This tech-savvy doctor, entrepreneur, and IT investor in Mumbai seems fun. He likes his job because “I get women pregnant – and get paid for it!” (he’s a fertility specialist). He’s got cool technology on his practice’s site and some creative informational cartoons and courses. The VP of one of his angel investments lists the Top 10 reasons that doctors in India don’t use software in their practices, observing that “Most doctors are very poorly organised, and don’t even bother to keep records of their patients. They often do not remember anything about the patient ; and forget even his name ( as many patients have learned the hard way).” India’s Top 10 is not much different than the US Top 10.

Inga’s off to MGMA this weekend, so keep an eye out for a perky, curious female furtively taking notes for her daily recap on HIStalk Practice. Inga and Dr. Gregg Alexander have conspired to produce some fun HIStalk/HIStalk Practice magnets that some of the sponsors will be giving away in their booths (the booth list is here).

Speaking of conferences, the American Academy of Pediatrics one starts Saturday in DC, where I’m one sponsor of the Pediatric Office of the Future exhibit (divided into sections: Patient Access, Enhancing Workflow, Advanced Communications, and Care Management and Quality). I made a primitive and snarky PowerPoint to run on my little display that hopefully Dr. Gregg Alexander can turn into something presentable that won’t embarrass him as a Pediatric Office of the Future team member. I had an unworkably last-minute brainstorm that we have a little meet-and-greet with Dr. Gregg, but our day jobs don’t leave much time for event planning. At least give him a little nod if you see him around.

Jonathan Bush red shorts at Health 2.0 mystery solved, courtesy of Matthew Holt. Jonathan heard that Glen Tullman of Allscripts would be appearing remotely on huge video monitors, so he re-enacted Apple’s brilliant 1984 commercial where the runner shocked the mindless drones to life by hurling a hammer into the video image of a thinly disguised IBM overlord. Now that’s funny.

Speaking of Glen Tullman, Forbes chats him up. He predicts Allscripts will double its count of doctor users next year, observing that “We are watching what will be the fastest transformation of a major U.S. industry in history”. He observes that it took ATMs 10 years to proliferate while EMRs till take only three, but he didn’t mention that banks paid for their own ATMs as their own rational business decision and that EMRs have been around for decades with minimal user interest until taxpayers were volunteered as their underwriters.

I like to Google HIStalk occasionally to see who’s talking about me. I ran across this nice mention on The Huntzinger Management Group’s site. “The Huntzinger Management Group is a Platinum Sponsor of the HIStalk Web Blog and supportive of the interactive communication among healthcare organizations. HIStalk is a fantastic place to read the most up-to date healthcare IT news.” I appreciate the sponsorship, but the kudos are even better and I appreciate them. I know it’s hokey, but when I write HIStalk the picture in my mind is of a bunch of us (providers, vendors, consultants, etc.) standing around swapping stories with beers in hand. That quote gets the “interactive communication” part right since I’m even happier sharing the ideas of others than I am my own.

An article covers the cash flow improvement at Kentucky Medical Services Foundation in its use of the Professional Intelligent Charge Capture application of MedAptus.

Korea IT Times is running a series on what it calls u-Health, which means ubiquitous technologies that improve health and well-being of the general population. I like the term. This is another international example where you could read the whole article without realizing it’s not talking about the US. “Information system analysts and Web developers may also feel threatened when u-healthcare consumers and u-healthcare providers dictate specific information management functions and requirements instead of relying on the experts. Poor and inadequate ubiquitous technologies and interfaces will not be tolerated and will fall by the wayside.” 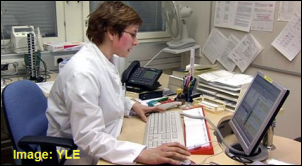 Speaking of EMR problems that are international, Finland is behind on its legal mandate to roll out EMRs and e-prescribing by 2011 because expanding it to a national level exposed problems with incompatible software. They’ve decided it’s easier to change the law.

Another doctor who’s not afraid of using a computer: this cardiologist made $40 million day-trading his way through the late 1990s, but gave only the losing trade information to his accountant. When the market collapsed, he had to underreport IRS losses to avoid triggering an audit for the gains. He’s looking at big fines and jail time for $16 million worth of tax evasion, not to mention the $476K he already paid for Medicare fraud.

University researchers in Canada say their open source OSCAR EMR, used by 600 doctors so far, could be rolled out a heck of a lot cheaper than the widely panned $1 billion eHealth Ontario project. One reason, its physician developer says with a straight face, is that “we don’t have very many high-priced executives and consultants”. I found the user group page here and also this video demo.

Mediware’s CFO quits to become CFO of an IT security firm.

The good times just keep rolling for eHealth Ontario. CTV News finds that $2.1 million of severance was paid to seven executives fired from its predecessor, Smart Systems for Health, when the new political administration took over.

eClinicalWorks will include Healthwise patient instructions and online health information library with its EMR and patient portal, respectively.