From Lazlo Hollyfeld: “Re: regional health IT extension centers. They are being passed of as a critical component to assist 1-3 physician practices with EMR issues. Is it just me or does anyone else think that they are going to be a complete boondoogle? I recently heard a prominent official compare their design/purpose to QIOs. If this is the case, ONCHIT is largely going to piss away at least $700M over the next few years with very spotty results.”

From The PACS Designer: “Re: ICU LifeGuard. Baptist Hospital of South Florida has installed an intensive care solution called ICU Lifeguard that can detect subtle changes in a patient’s condition. The system permits 24-hour-a-day monitoring of patients undergoing intensive care at a central work area to improve the chances for intervention should alarms be activated during times when direct care is not present.” Link. I think that’s just their name for Visicu’s eICU.

American Sentinel University, an accredited (DETC) online school, will give incoming students in three Master’s programs up to 18 hours of credit for Cerner Millennium coursework.

The board of Grady Memorial Hospital (GA) will choose a vendor for its $40 million infrastructure upgrade on Wednesday.

A couple of folks have sent articles or comments that have run elsewhere (their own blogs or someone else’s) with the expectation that I will use them. Unlike other blogs, I use only original material. Reader submissions are encouraged if they haven’t appeared anywhere else.

The CMIO of Wheeling Hospital will present a Medicity-sponsored Webinar on June 18 called “Enhancing clinical effectiveness and efficiency through patient-centered care collaboration”. If I have some time this weekend, I’ll be rolling out a new HIStalk events calendar to make it easier to find programs like this.

Cerner will add 40 tech support jobs in Dublin, Ireland by the end of the year.

Kaiser Permanente uses HealthConnect to gather data for a study that found 11% of its patients got whooping cough because their parents didn’t get them immunized. Their chances of getting the infection are 23 times that of children who got all their shots. 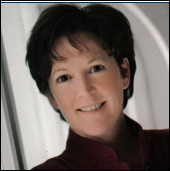 Forbes interviews Denni McColm, CIO of Citizens Memorial Hospital of Bolivar, MO. This quote is about the technology being used to monitor patients at home: “We’ve also seen some decline in our admission rates for home health patients. They take vital signs, weight and blood pressure every day, and it’s automatically fed into our system … it’s submitted to electronic medical records through phone lines. It can also remind them to take their medication. They get a reminder to step on the scale, take their blood pressure and put this on your finger. And sometime in the next hour, when their phone isn’t busy, it dials in the information. The sky’s the limit about how much care can be provided at home. One nurse can sit in a room and monitor 40 patients and be alerted to any anomalies, which you can’t do if you have to go through their home or see them one at a time.”

Lee Memorial Health System (FL) gets board approval to spend $68 million to roll out its EMR system (Epic, I believe) to its four hospitals and all employed physicians, although it’s hoping to offset that cost with up to $40 million in ARRA money.

A great answer for hospital overutilization: encourage people to die somewhere else.

A CBS News piece covers electronic health records in the ED at Inova Fair Oaks Hospital (VA), covering (but not by name) Picis ED PulseCheck. Tidbits: Inova spent $200 million over 10 years for its IT solutions. A doctor in a three-doc practice had an interesting comment about ambulatory EMRs: “I’m not doing unless I get a benefit from it, right? Is it going to make me any faster? No. Is it going to make my patient care any better? I don’t see that.”

3M Canada donates patient coding software to the HIM program of a Canadian college.

Patient check-in software vendor Phreesia gets a writeup in a New Brunswick business journal, mostly because it’s doubling its employees in Canada to 100 in addition to 49 in New York. 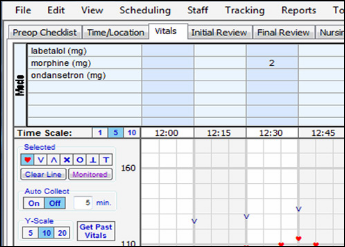 Three-employee Acuitec, a Birmingham, AL-based joint venture between a local entrepreneur and Vanderbilt University, is marketing a Vanderbilt-developed periop system. 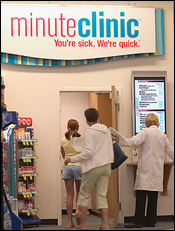 Retail clinics in grocery stores and retail chain stores are more likely to be located in areas with a lower population of black residents, lower poverty rates, and higher median incomes. In other words, poorer neighborhoods are less likely to have access to one of the country’s 1,000 or so retail clinics.

NHS patients concerned with privacy risks will now be allowed to delete the electronic summaries of their treatment records from the national database.

Epic earns top honors in a new KLAS report highlighting pharmacy information systems and integration. Epic scored high for its tight integration between EpicRx and its other EHR functions, as well as for customer service and support. Siemens Pharmacy and GE Centricity Pharmacy were the second- and third-ranked products. The report also noted an increased demand for integration between core clinical systems and pharmacy software. The tighter the integration, the bigger the impact to patient safety and the increased likelihood of physician adoption and satisfaction.

The New York Times explores some of the more less conventional ways hospitals are trying to connect with the public to attract patients, donors, and doctors. Twittering from operating rooms, posting surgeries on YouTube, and patient blogging are some of the ways hospitals are trying to stand out among competitors. Remember the good old days when doctors didn’t advertise? Now you have brain surgery on the Web and baseball stadiums named after your local healthcare system.

The former head of a closed Detroit hospital agrees to pay $350,000 for violating state public health code and privacy laws after medical records were found burning on his farm. Dr. Soon K. Kim must also hire a contractor to dispose of any remaining records. Assuming the burning did the trick, the settlement amount sounds a little excessive. But, what do I know?

IT employment continues to drop from its 4.058 million peak in November. By the end of April, only 3.87 million workers were employed in IT. Don’t expect things to turn around until at least the end of the year.

AT&T is partnering with device monitoring companies and other high-tech firms to advance telehealth applications.

Seattle Radiologists deploys Corepoint Integration Engine to monitor its IT environment and enhance its radiology workflow and application environment.

Why do we women have to suffer so much for fashion? Experts are now finding that women who wear too tight jeans run the risk of suffering a nerve problem called meralgia paresthetica. Seriously, what man would possibly look our way if we were wearing jeans that look like maternity pants from the 1980s?